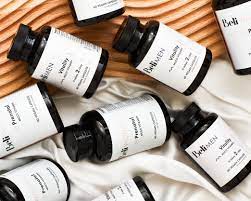 Lots of guys pop a daily multivitamin. It’s a good way to fill in any nutritional gaps, and it fits in nicely with general health goals, like trying to eat well and exercise. And maybe your multivitamin works okay-ish — probably? You think? — but things are different now that you’re ready to start a family. If you’ve heard about prenatal vitamins for men, you probably have questions.

Here’s the thing — when you’re trying for a baby, nutrition matters. Science tells us that a future dad’s health during the three to four months before conception directly impacts his partner’s pregnancy and the lifelong health of their baby. Supplementing with key nutrients in the right amounts not only improves symptoms of male infertility — think low sperm count and low sperm motility — it means optimal sperm health for men in general. And that means the best chance of a healthy conception, pregnancy, and baby. Fertility nutrition is absolutely in your control, so yes, men should take prenatal vitamins. But if you’re not entirely sold just yet, let’s see what else the science says.

Yes! We all know and accept that women should be taking prenatal vitamins to ensure they’re getting all the nutrients they need to support conception and pregnancy. It makes sense, right? The same is true for men — it’s just not as mainstream an idea for most of us yet (ahem, team Beli excluded).

The difference between men’s and women’s prenatals is in the ingredients themselves. The whole point of men’s prenatals is to underpin male fertility and promote healthy sperm, and that calls for key ingredients in the right amounts. And no, your multivitamin isn’t cutting it (and to be clear, prenatals designed for women aren’t doing you any favors either, no matter what those ads say). Actually, most of the multivitamin blends on the market are only kind of aligned with current nutrition research as it is, and more vitamin companies than you think are putting other, less noble concerns before your health.

INGREDIENTS TO LOOK FOR IN MEN’S PRENATAL VITAMINS

Understanding that specific ingredients matter is one thing, but knowing precisely what to look for is another. Let’s make this simple. An effective men’s prenatal vitamin should include the following:

This antioxidant plays an essential role in the function of metabolism, and it has been shown to improve fertilization rates after just a few weeks. It’s also effective for increasing sperm motility.

It’s long been established that folate plays a key role in reproductive health. For men, methylated folate (which is the active and most bioavailable form of folate) has been linked to greater sperm count and health. One study found low folate levels in semen to be associated with poor sperm DNA stability. The takeaway? Men hoping to conceive should be taking folate daily.

Wondering about the difference between folate and folic acid, or how 5-MTHF fits into it all? They’re all a form of vitamin B9, but they aren’t the same. We’ve got an entire post explaining it all.

These antioxidants are key for boosting sperm quantity, motility, and morphology. They also help protect sperm from damage from free radicals. Plus, they complement other key antioxidants, including CoQ10 and selenium.

The sunshine vitamin is technically a hormone, and it affects our body’s absorption of other nutrients (think calcium, phosphate, and magnesium). In the world of male fertility, low vitamin D levels have been associated with poor sperm quality. The reverse is also true — supplementing with vitamin D is linked to better sperm.

It’s true that exposure to the sun is the best way to get vitamin D, but most of us can’t get enough sun for adequate amounts of this key vitamin. That’s where supplementing comes in.

This is another compound associated with higher fertilization rates and better quality sperm. And just like CoQ10, it helps support the body’s metabolism.

NAC has been shown to improve multiple sperm parameters, including count, motility, and morphology.

An amino acid necessary for the production of sperm, L-arginine has been shown to improve sperm quality.

Color us surprised, but Beli is the only men’s prenatal that includes Shilajit, the ancient Ayurvedic adaptogen that has been shown to increase sperm count, motility, and serum testosterone in men with initial diagnoses of infertility. It’s a literal powerhouse with a laundry list of additional benefits, including increased energy and endurance, improved athletic performance, improve concentration and brain health, and more.

You’ll find all of these nutrients in Beli Vitality for Men cialis 20mg, a scientifically-aligned men’s prenatal supplement that uses the most bioavailable ingredients in their most effective amounts. It’s simple, really. We based our formula on the available research regarding men’s fertility nutrition, and in the process, we unearthed several key nutrients noticeably absent from most men’s multivitamins. If the goal is a baby, complete nutrition is important. And for men, just as for women, the right prenatal vitamin shouldn’t be an afterthought.

When Should Guys Start Taking A Men’s Prenatal Vitamin?

Good question! If a baby is a plan, it’s time for the both of you to start taking prenatal vitamins. It takes new sperm roughly three months to fully mature, and you want to ensure they’ve got all of the nutrition they need to be as strong and healthy as possible. Ideally, you should begin taking men’s prenatals about three months before you hope to conceive.

Anything Else I Can Do to Boost the Chances of Conceiving?

There’s more to good health that just a men’s prenatal (even if it is from Beli!). From adequate sleep to cleaning up your diet, cutting back on alcohol and caffeine to regular exercise, there’s quite a bit you can do to boost male fertility. Check out our tips for stacking the deck.

CONVINCED? USE CODE RALLY15 FOR 15% OFF YOUR BELI VITAMINS! 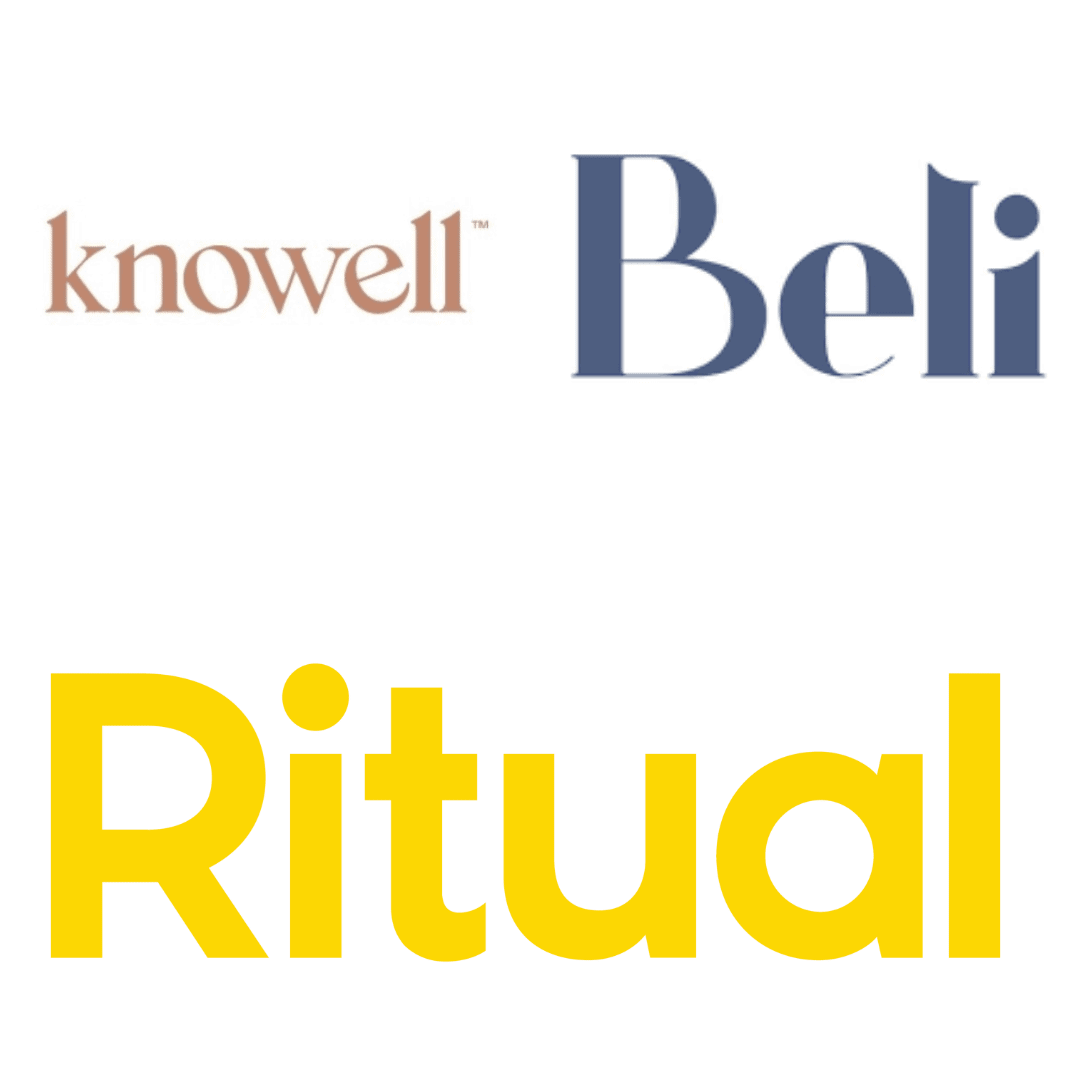 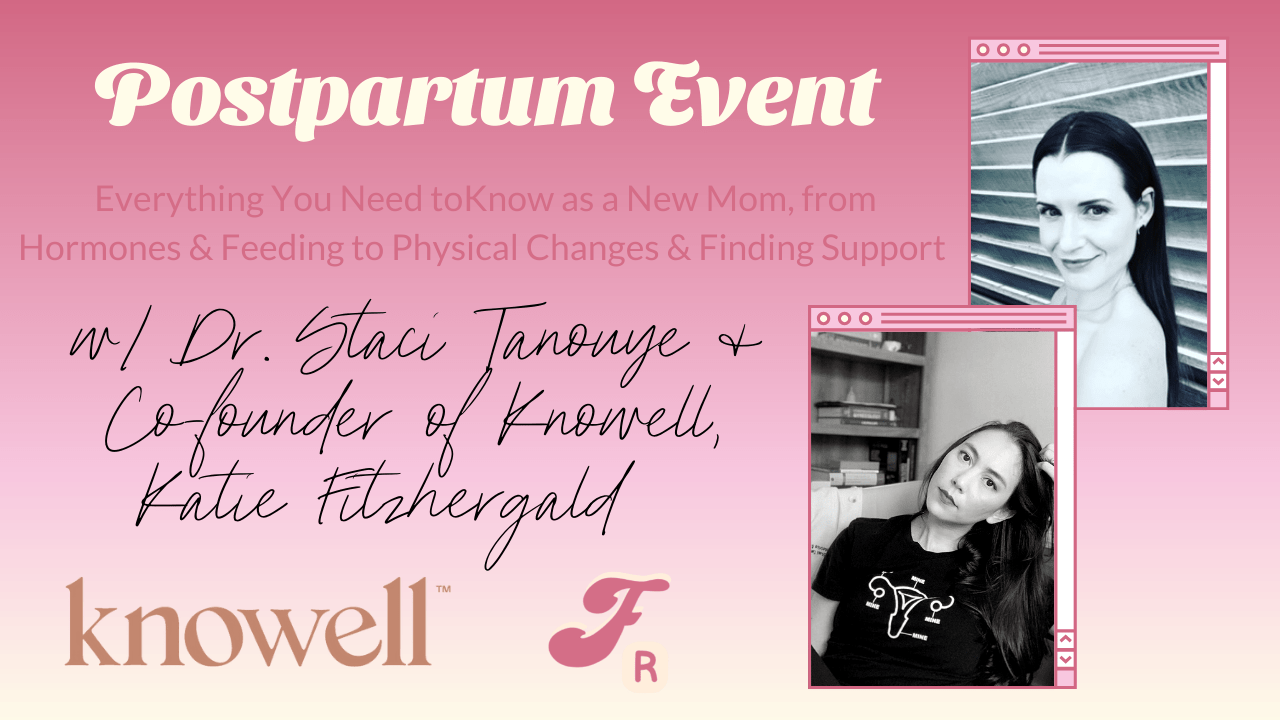 The Postpartum Event: Everything You Need toKnow as a New Mom, from Hormones & Feeding to Physical Changes & Finding Support 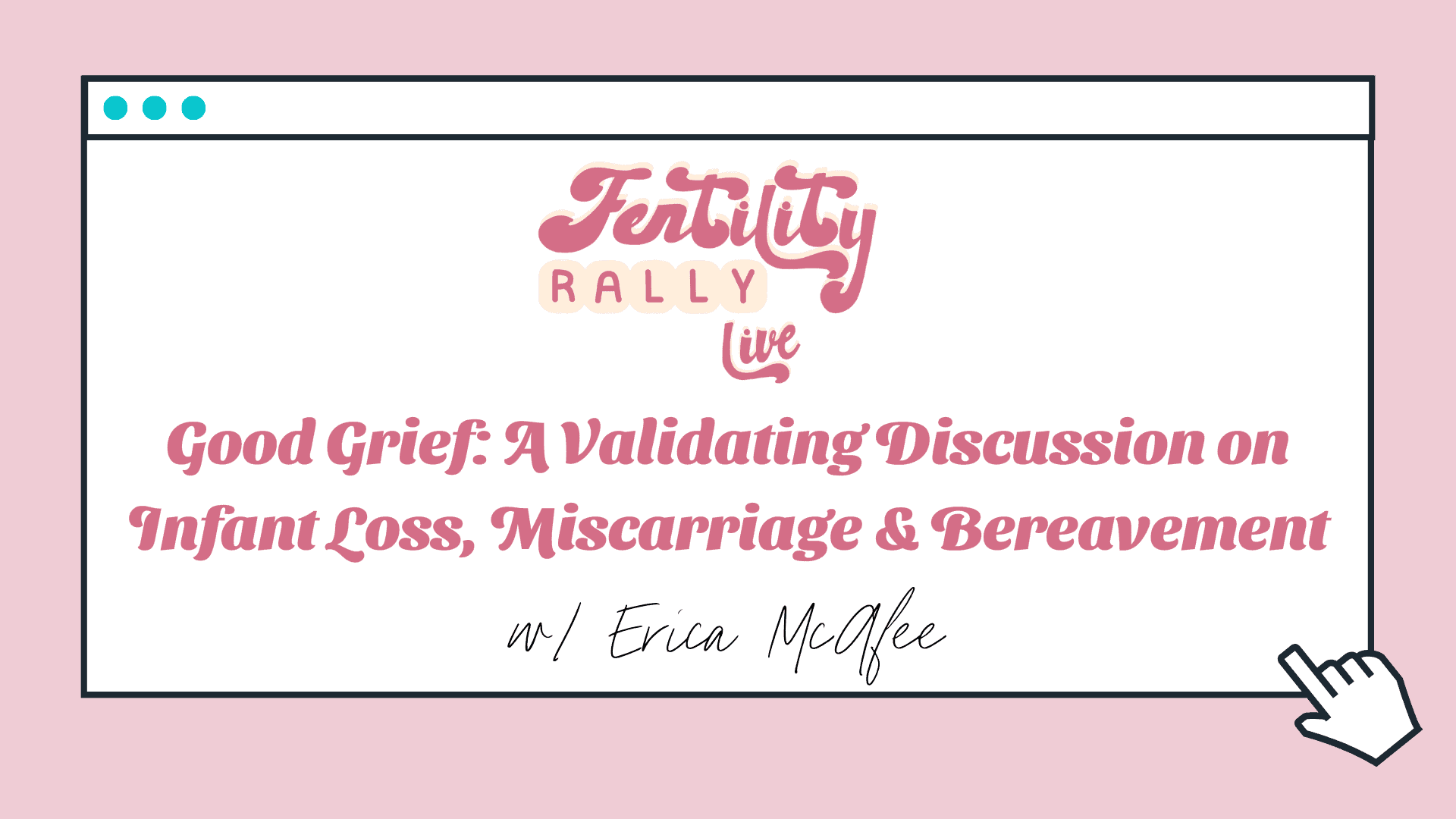 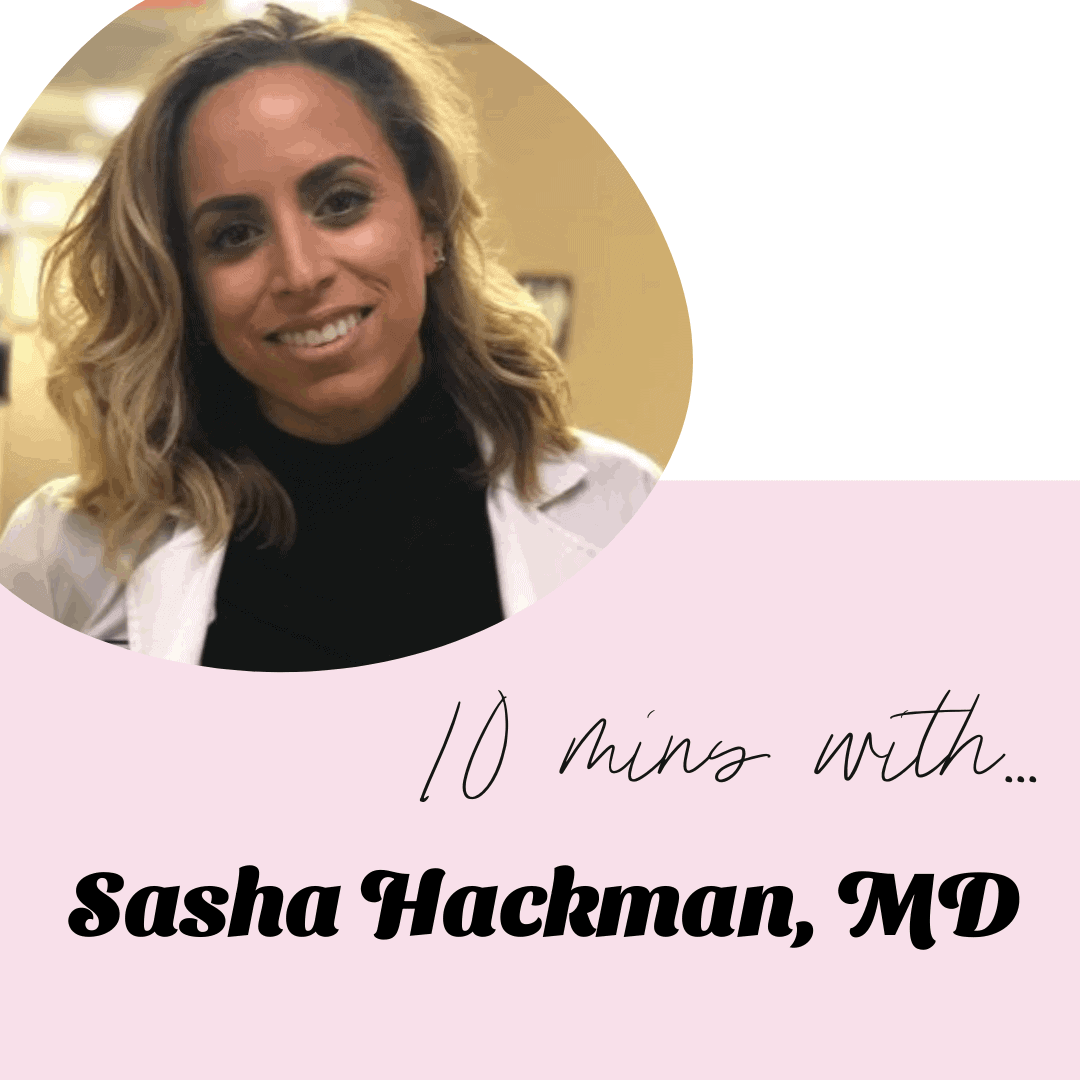 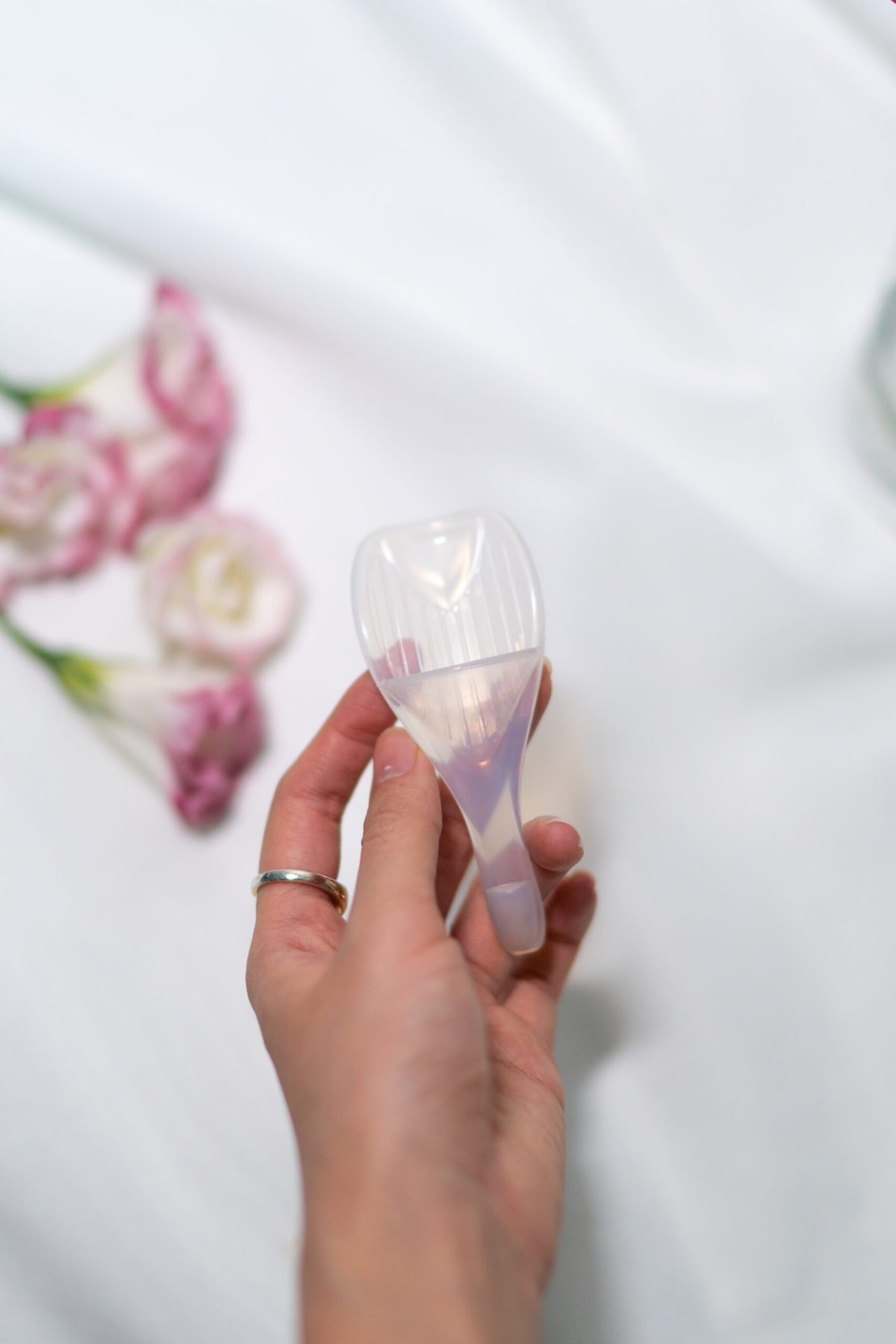 TwoPlus Fertility is Changing the Game When it Comes to Conception 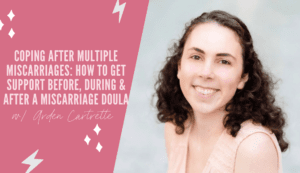 The Rally Live Sessions: Coping After Multiple Miscarriages: How to Get Support Before, During and After w/ Miscarriage Doula Arden Cartrette 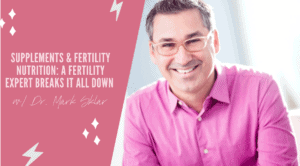 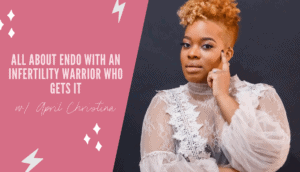 The Rally Live Sessions: All About Endo with an Infertility Warrior Who GETS IT

Nothing makes us happier than when our Rally Fam m

"I truly do not think I could've gotten through th

The best part about being a Fertility Rally member

Everyone has their opinions about resolutions. If

The ripple effect… we can protect ourselves from

THE HOLIDAYS CAN BE SO DAMN HARD Here are five w 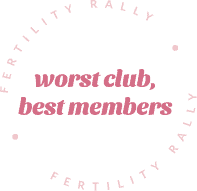 Ali and Blair talk about the Rally on podcasts, on TV and in your favorite publications!

Fertility Rally in the News

Nothing makes us happier than when our Rally Fam m

From the Creators of:

Please let us know if you can make it to the event.

MEMBERSHIP WILL OPEN ON THE 1ST OF EACH MONTH. GET A NOTIFICATION AS SOON AS YOU CAN JOIN!